This is so fun! I get to channel Anne Hathaway and find my own retired intern. 🙂

I’m looking for one Senior in Life to accompany me to the New York premiere of the Nancy Meyers comedy THE INTERN, starring Academy Award winners Robert De Niro and Anne Hathaway.  The winner will receive free airfare, 2 nights hotel stay in New York and one ticket to attend the premiere on Monday, September 21, 2015 at the Ziegfeld Theatre.  Learn how to be a social media guru from me! 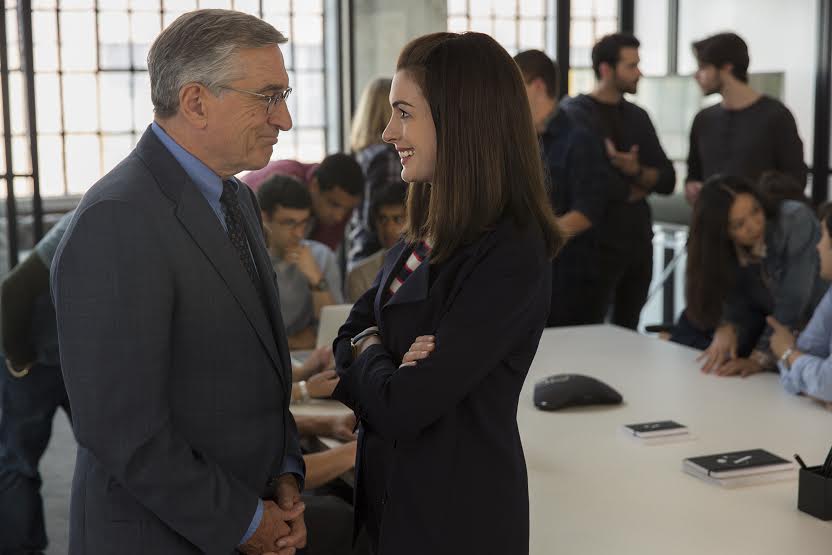 In “The Intern,” De Niro stars as Ben Whittaker, a 70-year-old widower who has discovered that retirement isn’t all it’s cracked up to be.  Seizing an opportunity to get back in the game, he becomes a senior intern at an online fashion site, founded and run by Jules Ostin (Hathaway).

“The Intern” has been rated PG-13 by the MPAA for some suggestive content and brief strong language.

Disclosure: This contest is sponsored by WarnerBros.

The Ultimate Guide to a More Confident YOU

My Weekend At Country Stampede

How to Get Your Travel Fix While At...

Top 5 Places Worth Visiting in Switzerland

10 Best Places to Visit in Pittsburgh

Sure wish I was retired! 😉 This is a great opportunity for someone #jealous

If you know of anyone you can nominate them, too. 🙂

Got my thinking cap on! Can’t wait to see the movie

It may have been misinterpreted as nepotism, because we share the same name, but my dad “Michael T Ruhlman” would have been the perfect “Robert De Niro” to your “Anne Hathaway”. He is an amazing Man and mentor! Need another recommendation for him, just contact “Lionel” at WPIX (on-air personality)

Review of Love, Victor on Hulu

I love being able to try new products and give you