In simpler times, there was nothing better than pouring through your collection of Disney VHS tapes to choose one to watch for the night. If you’re like us, you cherished those moments so deeply that you couldn’t bear to separate from your old VHS tapes (or you forgot about them in the depths of your storage closet).

However, whether or not you kept them safe and sound somewhere in your home or simply forgot about them, we have good news for you–those old tapes are worth money. Serious money. Some even are selling for up to $15,000!

Those dusty cassette tapes in your closet could be making you a small fortune. If you were wondering what to do with old Disney VHS tapes, then selling them may just be the perfect option for you.

However, before you get too excited, there are several important details that go into your video tapes’ worth that we will be exploring below.

Here is the scoop on how to sell your collections of Disney VHS tapes!

The Types of Disney VHS Tapes

One of the first things to consider is the type of Disney tapes you own. Certain collections of vintage Disney VHS tapes garner more money than others, particularly those that are older.

The most rare collection is the “Black Diamond Collection”, a group of 20 tapes released between 1984 and 1994. Some of the Black Diamond tapes have a listing price of $15,000, while others are at $29.90. The estimated value is entirely dependent on the quality of the tape; if it’s in mint condition, then it can sell for a high price. If it’s been used, the chance it can sell for more than $30 goes down significantly.

The Disney Black Diamond Collection consists of these 20 tapes:

In order to check if your VHS cassette is one of these esteemed Black Diamond tapes, check the upper spine of the case. There should be a logo in the shape of a black diamond that signals it is part of the company, as demonstrated in the image below.

If you discover that one of your tapes has that black diamond logo, again, don’t be too quick to get excited! The asking price is often much higher than what tapes actually sell for. For instance, original Beauty and the Beast VHS tapes go for a lot of money on eBay. Some outrageous price tags even scale all the way up to $35,000!

However, just because the tape is selling for that much doesn’t mean buyers will offer that amount. In fact, if you click on this queued-up eBay search showing the sold Disney Black Diamond VHS tapes, you would see that another brand new copy of Beauty and the Beast just sold for $18.99. Just because your tape is valuable doesn’t mean you will automatically sell it for hundreds of dollars.

However, there are some specific Disney classics from the Black Diamond collection that almost always sell for high numbers. If you own a copy of the Little Mermaid with the original cover art that was later banned, you have a very rare tape on your hands that a lot of people–particularly overeager eBay users–would pay just about too much money to have. Currently, the average asking price for the Little Mermaid original case is $900.

Another rare VHS tape that sells for a high price on eBay listings is the Black Diamond version of 101 Dalmatians. The oldest copy on eBay (in good condition) is currently selling for $1,000.

The next most valuable collection is the Masterpiece Collection, released from 1994 to 1999. This line was the first to release Snow White video tapes! Though these cassettes may not sell for as much as the Disney Black Diamond edition, some sold listings have ranged from $100 to even $500.

The next potentially valuable collection of old Disney VHS tapes is the Gold Classic Collection. This series of animated features was released from 2000 to 2001 and began with one of our old faves–Toy Story. 17 months and approximately 27 films later, the series ended with Oliver and Company.

To spot if your Disney VHS movies are part of the Disney Gold Classic Collection, check the upper spine of the cassette case and the front cover of the clamshell case. The tapes in this collection have ‘Gold Collection’ written in each of these spots, so you can’t miss it.

This collection has a lower price point than the other two, but still contains valuable Disney VHS tapes.

If you’re a die-hard Disney fan, then you may be wondering about the ‘Disney Vault’ VHS tapes that used to be worth a good chunk of money. If your fond memories of Disney can’t seem to reach that far back in time, then let us explain it to you–the Disney Vault is the metaphorical place in which home video cassette releases were hidden from the public eye after only being available to purchase for a limited time.

Popular titles would be released in theaters, followed by the cassette tape release by Walt Disney Studios Home Entertainment. Then, after a short period, these titles would be placed in the ‘vault’ to be re-released later with a new case and bonus features.

Although the Disney Vault was certainly popular in its prime, VHS tapes containing its logo no longer exist. The Vault lives on through Disney+.

The Importance of Quality

The next factor to consider when selling your Disney VHS collection is their quality. If your tapes have never been opened and are sealed in shrink wrap, you are more likely to garner more bidders offering higher numbers on any given bidding site.

If your tape is open, however, that doesn’t mean it’s a lost cause! Check to see the date when you purchased it. Tapes from the 1990s and earlier inevitably will have some damage to the footage thanks to the ravages of time, but the amount of damage is entirely dependent on the conditions a tape was kept in.

The first sign of damage is fading artwork on the case, which is indicative of a degenerative storage climate.

Also be sure to keep in mind that VHS tapes can be entirely wiped by a magnetic field. According to a recent article published on home video quality, because VHS has an iron oxide as its formula, tapes are particularly susceptible to magnetic damage. If your tapes were stored away close to a magnet, be warned that their footage could be irreparably impaired!

The best ways to check if your VHS tape is still in good condition include consulting a professional and running it through a VHS player yourself. A good VHS repair company that can determine your tape’s quality is Pacific Video Repair. Click on the link to book a consultation with one of their technicians.

As for the VHS players, in today’s tech times it is getting more and more difficult to find such outmoded devices. Although there are no more newly manufactured VCRs, you can still purchase older ones on websites such as Best Buy, Amazon, Walmart, and eBay.

Overall, just exercise your best judgement when deciding if your VHS tape is in good enough condition to sell! And keep in mind that, even if it has never been opened, it still could sell for less than you would like.

Where to Sell Your Tapes

If you have some rare (or not!) Disney VHS tapes that you’re willing to sell, then you have several options to consider as to where.

Obviously, eBay is a great choice for selling odds and ends. With over 150 million users, there are plenty of opportunities to sell your cassettes. Keep in mind that the only way to ensure they will sell is if you price them fairly, so don’t try to list any outrageous prices!

Amazon is another good option for making a little extra money from your classic Disney movies. With how globalized this website has become, you can be sure that VHS collectors everywhere will see your merchandise.

Another option is to sell your VHS tapes locally. Thrift stores, a farmer’s market, and the flea market are just some of the locations you could use to make some cash! You also wouldn’t have to pay for shipping, like you would for eBay or Amazon.

Where to Buy Vintage Tapes

Has this article reignited your passion for cassette tapes? Are you finding yourself eager to go out and purchase more, just for nostalgia’s sake? In that case, we have a unique recommendation for you–Urban Outfitters.

It sounds strange, but the clothing store actually sells a good variety of cute, vintage VHS tapes. Granted, you only have five genres to pick from (comedy, romance, sci-fi, horror, and rom-com), but if your goal is the aesthetic then this website is the place to go.

It’s Okay to Keep Them!

All in all, selling your old VHS tapes can be an exciting experience. There are so many people in the world who would love to own your Black Diamond version of the Lion King, so go and sell it! Make that extra cash! We’re sending you good luck!

But, if you can’t bear to part with it, then know that you are not alone. As cumbersome to store them as it may be, VHS tapes come with cherished childhood memories, and sometimes those memories are simply too important to give up. We suggest ditching the media outlets and buying yourself an old VHS player, snuggling up with your own prince charming, and revisiting those memories with your favorite tape. Channel your inner child and indulge yourself in some Disney fun!

We hope you enjoyed getting the scoop on selling your old Disney VHS tapes! Check out the articles below for some more magical fun: 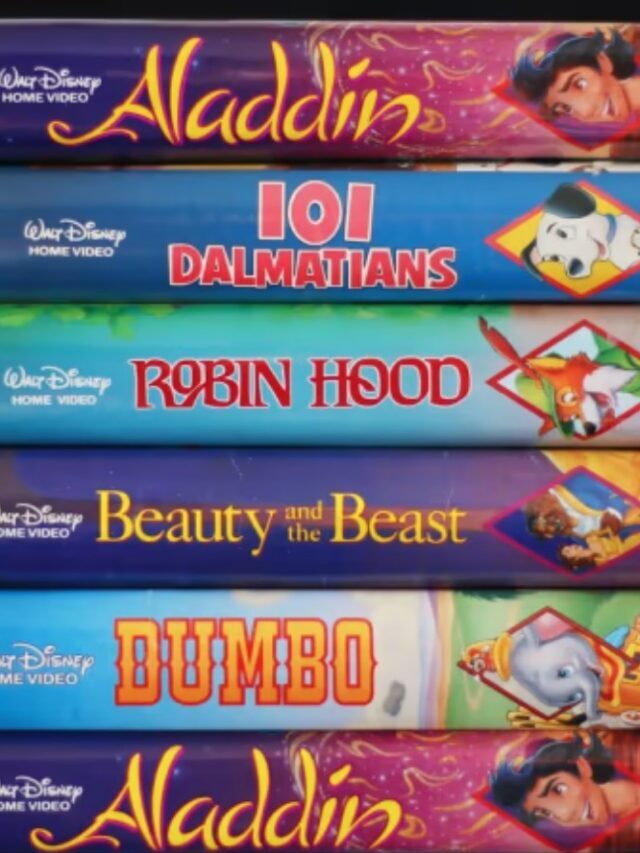 Your Old Disney VHS Tapes Could Be Worth Thousands
View all stories
Click here to cancel reply.

Hi. I have many VHS classics, black diamonds, originals, master collection, etc and all the tapes are in great condition however some of the original cases are starting to crack (dry rot) on the inside though the cases on outside and for the majority are in great shape. Do you think these are still worth $ and if so, how much if used, aged from bookshelf but barely faded and tapes in great shape? Thank you for your time.

I have Disney VHS tapes that say "The Classics" in a diamond but not the black diamond. are these worth anything?

@Melanie, none of them are worth anything. You can pick them all up for a buck or 2 at Goodwill. This story originated last from an article that thought people were actually selling there tapes on eBay for 10000 or more but that's what they were asking. Nobody actually pays that much. Disney made millions of of black label editions. It's most likely a way to launder money.

I have 6 black diamond Walt Disney classics i want to sell.

I have many Disney vhs tapes 5 black diamond. Love to sell them.